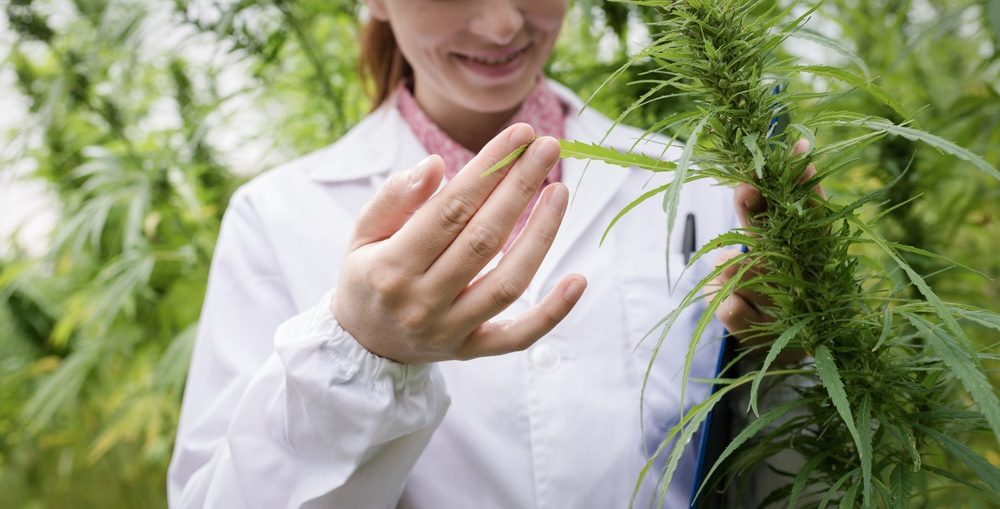 Chicago Mayor Lori E. Lightfoot on Thursday announced the launch of the Cannabis Research Institute (CRI), a joint effort between the city and the Illinois state government touted as “a first-of-its-kind center in the Midwest that will further boost Illinois’ global standing as a science hub.” Topics of research to be investigated include the societal and community impacts of cannabis legalization and study into the effectiveness of cannabis and cannabinoids on medical conditions and improving cannabis plant varietals.

“This is a tremendous opportunity to not only promote Chicago as the center for highly-demanded cannabis research but expand the breadth of knowledge and science needed to shape policy,” Lightfoot said in a statement from the mayor’s office. “Our city is the perfect location, as we’re home to an impressive hub of innovation and world-class research universities and institutions. Leveraging and coordinating our city’s resources to create a top-tier cannabis research center will make waves in this new industry and set the precedent on cannabis research nationally.”

The joint venture between the state of Illinois and Chicago will see the creation of the CRI. This initiative is located within the Discovery Partners Institute (DPI), which is a Chicago-based innovation research and development center. The new cannabis research center based at DPI in the downtown Chicago Loop will be tasked with providing “a robust body of research and data to advance public knowledge on scientific and socio-economic impacts of cannabis usage and production.” DPI has begun a search for an executive director to head the CRI, which is slated to roll out over the next few months.

JB Pritzker (the Illinois governor) was the man who launched the center for research on cannabis. He wanted to be the first state to allow recreational use of marijuana to become legal. Officials predict that the CRI “will be the premier research institute that seeks to promote equity and a desire to have an evidence-based, research-driven cannabis marketplace.”

“I am thrilled to announce the launch of the Cannabis Research Institute — a national first, creating actionable research to inform data-driven policymaking and advance public knowledge on the impacts of cannabis,” said Pritzker. “I can think of no better place than Illinois for this endeavor. We are the heart of the Midwest and at the very forefront of cannabis legalization — all while dismantling the long-lasting effects of the War on Drugs on our communities.”

Officials noted that cannabis is still illegal at the federal level despite widespread support for its legalization. Federal laws classify cannabis as a Schedule I substance, making it difficult for researchers to determine the effects or harms.

“As a result, research on the health effects of cannabis has been limited in the United States, depriving patients, health care professionals, consumers, and policymakers the evidence they need to make sound decisions regarding its use,” the mayor’s office stated.

CRI will continue its mission through partnerships and collaborations with diverse stakeholders, including state and city officials. This will ensure that cannabis research informs regulatory efforts as well as public policy to protect health and safety. This center will conduct research on the effects of market changes and new policy developments and develop programs that stimulate advances in technology, medicine, and science.

“We now have years of experience building research teams across disciplines and across institutions,” said Bill Jackson, executive director of DPI. “We’re excited to forge new territory and partnerships, conducting research that will make our city safer and healthier — and our society more equitable.”

This center is also going to prioritize diversity and inclusion by providing entry points for people with disabilities, such as internships and employment opportunities. It will also partner with historically Black colleges or universities. CRI also supports research and training in the Illinois Vocational Cannabis Program run by City Colleges of Chicago. The center will host education sessions in the underserved areas of the state.

Future CRI research will focus on many topics such as the social equity and medical effects of legalization. It also covers the management of agricultural crops and practices. Examples cited by the mayor’s office include the “societal and community impacts of cannabis legalization; demographic gap analysis of medical cannabis programs; effectiveness of cannabis and cannabinoids on medical conditions, such as relieving anxiety and reducing inflammation; public health impacts of legalizing recreational cannabis use; and plant varietal improvement in controlled environmental conditions.”