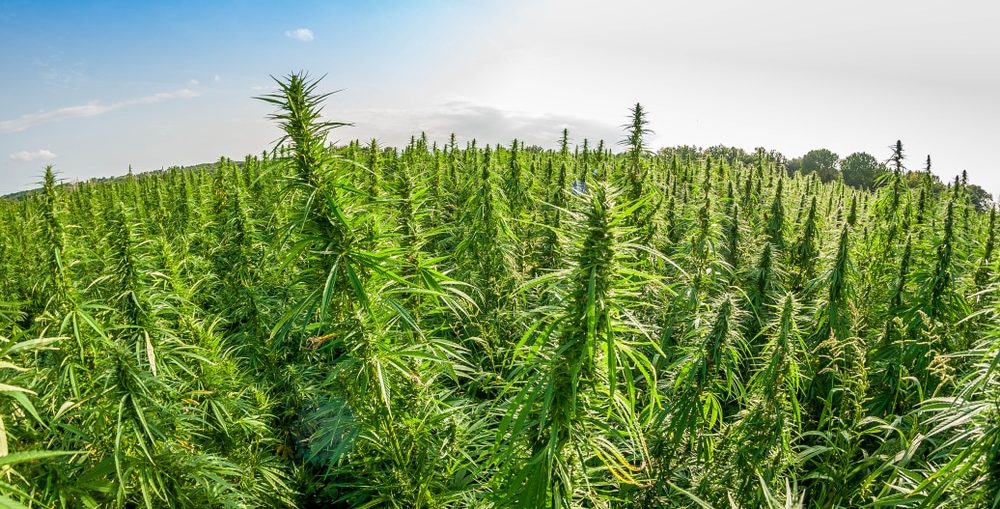 Hemp production was legalized at the federal level under the 2018 Farm Bill—but endless red tape and regulatory demands make it next to impossible to thrive in the industry. The industry is deemed unsustainable by growers and processors because of the high THC thresholds.

However, there is an opportunity to fix some of these issues through legislation. The bill, which would increase the THC limit during cultivation and processing to a sensible one percent, could save some farms from destruction due to hot crops or other problems.

On February 8, Congresswoman Chellie Pingree (D-Maine) introduced the Hemp Advancement Act of 2022 with the goal to improve the 2018 Farm Bill’s hemp provisions and provide greater clarity and flexibility to hemp growers and processors.

“The 2018 Farm Bill laid a legal pathway for hemp production but created overly complicated regulations and hardship for farmers and small businesses in the process. I am introducing The Hemp Advancement Act of 2022 to eliminate unworkable testing requirements, set reasonable THC thresholds for producers and processors while protecting consumers, and end the discriminatory policy that bans people with drug convictions from growing legal hemp,” said Congresswoman Pingree.

She continued, “My bill takes a commonsense, straightforward approach to correct these unintended implementation problems and works to make the hemp industry more profitable and more equitable. My bill also provides a clear path forward for this industry and will support a thriving hemp economy.”

Pingree, a congresswoman, highlighted three changes to the 2018 Farm Bill which The Hemp Advancement Act of 2022 would make:

“The 2018 Farm Bill, while well-intended, left some challenges,” Jonathan Miller, General Counsel of the U.S. Hemp Roundtable told Chronic News You can reach them by phone. “The USDA has done a terrific job of responding to farmer concerns, but there are certain issues that have to be changed in the law to reduce the burdens on U.S. farmers—the first is the THC level.”

Hemp growers are exposed to much greater financial risks than any other industry.

“What’s happening is that we are constantly hearing that farmers—through no fault of their own, largely due to the weather or the soil or seed quality—will grow a field of hemp,” Miller said. “And it will be tested to be slightly above the point of 0.3 percent THC level, and they’ll have to burn their entire field or major parts of their field—losing all of the dollars that went into those crops. It is possible to raise the level to 1.0. This will allow for more flexibility. [THC limit]It was important that intoxicating products from hemp were not consumed. So while the testing in the field is 1.0, the testing in the final product has to still remain under 0.3 percent THC so that the intoxicating products are limited to adult-use markets and not sold as hemp at gas stations and vape stores.”

Given that cannabis hemp is the non-drug version of cannabis, it is especially frustrating to see the 10-year felons ban. “It was something that got inserted at the last minute—over our strong objections […],”  Miller said.”

“Hemp is a legal crop, and if you’ve done your time for an offense, you should be able to grow a legal crop,” Miller said. “There are no prohibitions on ex-felons for growing corn or soybeans or you name it.”

In Congresswoman Pingree’s home state of Maine, hemp production is at a standstill because it can’t be tested or due to other regulatory setbacks. Only 111 farms were granted hemp licenses in Maine for 2020. That’s just 211 of the more than 2000 acres of hemp that was planted in Maine in 2019.

Hemp—which is grown in every Maine county—is highly useful as a textile, food or fuel.

Congresswoman Pingree reaffirmed her support for the nation’s hemp farmers and hemp-derived CBD businesses—that face burdens unique to the industry.

Pingree and other bipartisan members of Congress introduced earlier in the year the Hemp and Hemp-Derived CBD Consumer Protection and Market Stabilization Act. The act was created to establish a legal pathway for the sale and distribution of CBD-derived hemp-derived cannabidiol, which is used as dietary supplement.

In 2019, Congresswoman Pingree led a bipartisan push to get the Food and Drug Administration (FDA) to create a regulatory path for foods containing CBD-derived hemp. Pingree also voted in favor of the Marijuana Opportunity Reinvestment and Expungement Act of 2021, (MORE Act) Act of December 2020. It would legalize marijuana and eliminate federal prohibition.

The following are the supporters of this bill: