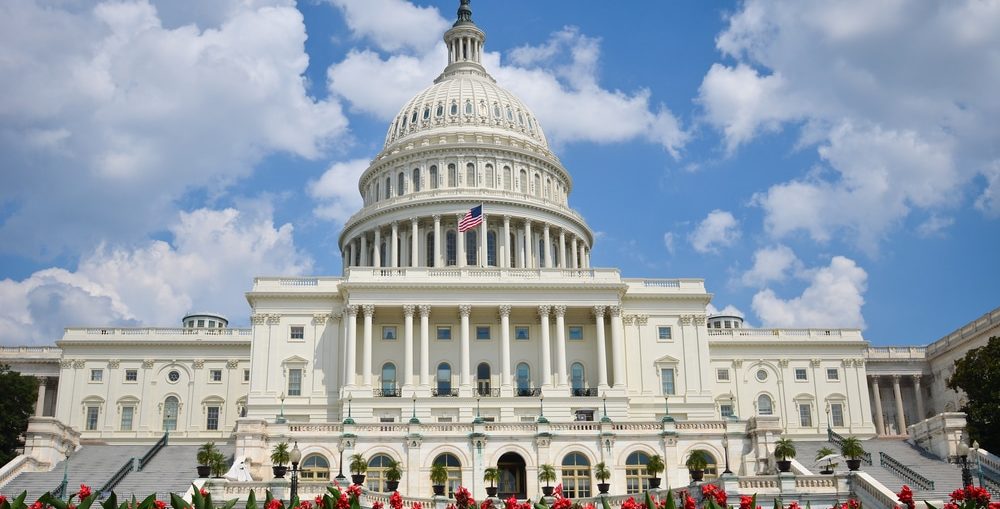 On Nov. 8, the House Oversight Subcommittee on Civil Rights and Civil Liberties declared that it will hold a hearing on November 15 to examine cannabis legalization. The hearing’s official title was “Developments in State Cannabis Laws and Bipartisan Cannabis Reforms at the Federal Level,” and a joint memo was published on Nov. 12 to lay out the talking points of the discussion.

Rep. Jamie Raskin, Chairman of the Subcommittee, and Rep. Nancy Mace, Ranking Member of Subcommittee, led the hearing. They were accompanied by questions by Rep. Ayanna, Rep. Peter Anderson Sessions of Texas and Rep. Carolyn Maloney of New York. Rep. Eleanor Holmes Norton, Delegate to U.S. House of Representatives for the District of Columbia, Rep. Rashida Talib of Michigan, Rep. James Comer of Kentucky and Rep. Robin Kelly of Illinois

The discussion covered a wide variety of facts revolving around cannabis legalization, the failed War on Drugs, how Biden’s October announcement to pardon federal cannabis convictions requires state action to help people, the treatment of veterans who seek relief with cannabis, the potential of hemp as a building material (and the legal challenges connected to this).

NORML’s Armentano provided many powerful facts and statements regarding legalization and how the cannabis industry has affected black and brown people. “By descheduling cannabis, tens of millions of Americans who reside in states where cannabis is legal in some form, as well as the hundreds of thousands of people who work for the state-licensed industry that services them, will no longer face needless hurdles and discrimination—such as a lack of access to financial services, loans, insurance, 2nd Amendment rights, tax deductions, certain professional security clearances, and other privileges,” Armentano said.

R Street Institute’s Snider added that the country’s approach to legalization is messy due to the varied levels of regulation. “Proposed federal legislation indicates increased support for alternatives to federal cannabis prohibition, and this increased support is critical to provide clarity on the overall legal status of cannabis, as the current situation presents inconsistency and a quasi-legal conundrum,” Snider said. “The substance may be legal in one state and decriminalized in another, but because it is still prohibited at the federal level, users or possessors of the substance are subject to criminal penalty.”

Raskin inquired about Armentano’s hopes that Congress would work together in order to legalize marijuana. “So Mr. Armentano, do you think Congress can catch up with where a majority of the states are now in terms of medical marijuana and decriminalization and legalization, as [Mayor Woodfin] said. Are you positive that Congress can do this? I know this hearing is a promising sign, but what do you think are the chances of actually doing this, in this session of congress or the next?”

Armentano responded, explaining that prohibition historically has not worked. This is true regardless of whether one looks at the history of prohibition of cannabis or alcohol. “Well my business card doesn’t say prognosticator, but one would hope that members of congress see the need to act swiftly,” Armentano explained. “Look, to use your analogy with alcohol prohibition, the federal government got out of the alcohol prohibition business when 10 states chose to go down a different path. The vast majority of U.S. state have decided to take a different route with cannabis. This makes it impossible for the federal government to continue to divide states and territories on the issue. At the end of the day the federal government needs to come to a way to comport federal policy with state policy, and that’s by descheduling.”

Mace, Raskin gave conclusory remarks based upon what they heard at the hearing. They also shared their hopes for the near future.

Mace condemned a reference that had been made to marijuana as if it were slavery. According to data, black and brown are nearly four times as likely to be arrested in connection with cannabis use. Congress must address the issue. “I’m from South Carolina where the difference between rich and poor is often black and white, and cannabis is an area where we can work together on both sides of the aisle to prohibit more of those inequities from happening across our country and right the wrongs that have been going on for decades now,” Mace said. “And I would encourage my colleagues, Republican and Democrat on both sides of the aisle, to get on board with this issue. It is what the American people want. Seventy percent support legalizing medical cannabis. Half or more of the population supports recreational and adult cannabis use in the United States, from South Carolina to California. From east coast to west. This issue is supported by all Americans, from all backgrounds and all age groups. The only place it is controversial is here in the halls of the capital, and it’s wrong.”

Chairman Raskin closed the hearing by delivering his own remarks, emphasizing the importance of Congress taking action. “Congress needs to catch up, and that’s what this hearing is about and that’s what I’ve learned today. It would be a better idea to know our history and take the time read about prohibition. America has gone through similar situations before. And it’s not that alcohol is like birthday cake, it’s not. We lose more than 100,000 people a year to alcohol-related illnesses, to alcohol-related fatalities on the highways, that needs to be regulated,” Raskin said.

“But the country had its experience with trying to criminalize alcohol. It didn’t work, and it caused much more severe problems and we know that is precisely the history we’re living through today, again, with marijuana, it needs to be regulated, it needs to be carefully controlled, but we should not be throwing people into prison for any period of time for one day because they smoke marijuana. It makes no sense. We should not be ruining people’s lives over this. I think the country has made its judgment, it’s time for Congress to catch up.”