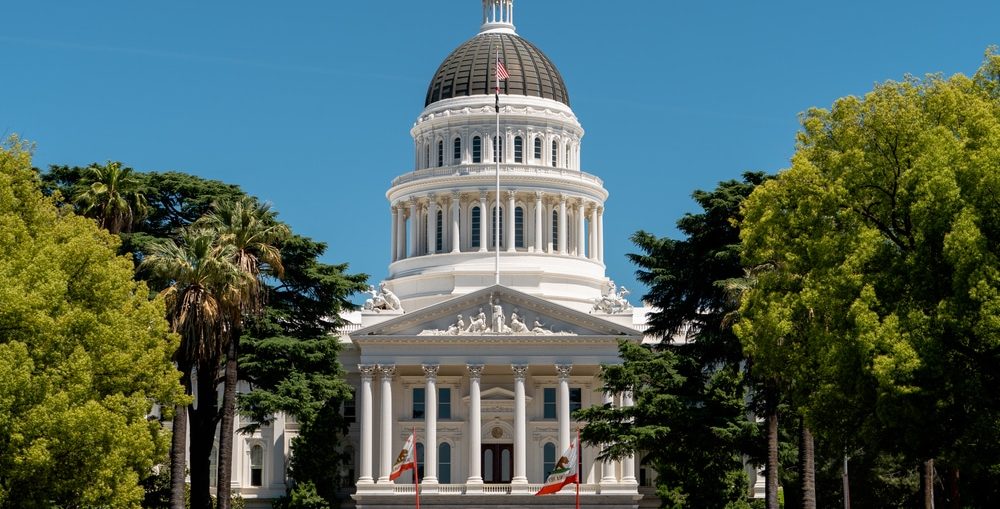 A chorus of industry stakeholders and lawmakers representing “the two populations most harmed by the War on Drugs”—legacy farmers and BIPOC leaders—plan to descend upon the California Capitol steps in Sacramento, California on Thursday, January 13  for the #NODRUGWARV2Rally and press conference. Every local advocate for the cannabis industry and anyone concerned about its viability is welcome to attend the rally.

On January 1, California Department of Tax and Fee Administration’s tax hike on dry-weight flower took effect—ushering in the latest blow to cultivators. Rates rose almost five percent to $161 per pound. Calling the current tax situation in California the “War on Drugs 2.0”—the idea is to bring a sense of urgency to the issue as farms fail and tax rates purge valuable industry members.

On Monday, January 10, Governor Gavin Newsom released the 2022-2023 California state budget—promising that he and his Administration will address cannabis tax reform and better support the state’s small licensed operators who are fed up with oppressive tax rates. Supernova Women and Origins Council leaders are some of those who continue to drum the beat.

“It is very oppressive. Really—we’re in a crisis,” Amber E. Senter of Supernova Women, a nonprofit that works to empower Black and Brown people to become self-sufficient shareholders in the cannabis space, told Chronic News. “Cannabis sales are down. It’s affecting the whole economy. These onerous taxes have been a burden for people since 2018, and they are at the brink of their own destruction. They no longer have the ability to continue under what we’ve been dealing with—particularly in the Bay Area as well as in LA. A lot of operators—especially social equity operators—are dealing with robberies and burglaries as a result of the economy and people desperate and making acts out of desperation. Folks are getting robbed, and they’re just not able to recover from what’s happening. We need some relief.”

“Not only has the State fallen short on its promise to right the wrongs inflicted upon minority communities by the War on Drugs,” Senter stated, “but it has also perpetuated regressive War on Drugs 2.0 policies through oppressive taxation, which has to end.”

Supernova Women was behind the November 29, 2021, Oakland City Hall Rally and Press Conference, with help from the Origins Council, a nonprofit organization that represents and advocates for cannabis businesses in California’s historic farming regions. They also addressed the recent spate of robberies that have been affecting cannabis businesses.

Tax burdens are particularly hard on legacy farmers. “From a small legacy farmer perspective in a rural area, it’s absolutely urgent. These businesses are starting to fold,” Genine Coleman, executive director of the Origins Council, told Chronic News. “These farmers are starting to put their properties up for sale and move away. The prospective extinction event has begun and time is of the essence—particularly for farmers who have to evaluate if they’re going to farm this year. It’s always a challenge to work with the pace of government and policy. Bear in mind that we’re farmers—so we’re on an agricultural schedule. These farmers face difficult decisions right now: Are they going to retire or plant their licenses? Could the farm be shut down? There’s other tandem advocacy that we’re doing that’s time-sensitive as well. The opportunity for farmers to fallow for a year—to retain their licensing but not have the cost associated with licensing, including some of the local tax structures that are irrespective of what your crop will look like that year.”

“When the tax was enacted, it was in the vicinity of 10 percent of farm sales,” Casey O’Neill of HappyDay Farms told Chronic News. “With the market crash,  the tax now accounts for as much as 50 percent of farm sales. California boasts a budget surplus of multi billion dollars, which is why this is unacceptable. Farms are teetering on the brink of insolvency, now is the time for bold action.”

Johnny Casali is a multigenerational small farmer, who was sentenced for planting this plant. Casali spoke out about the effects of dry-weight tax on growers. “I used to sell our Huckleberry Hill Farm sungrown cannabis for around $1,400 a pound. Because of overproduction and the lack of market access, it has brought the value down to $3-400 per pound, depending on quality, and I’m paying 53 percent cultivation tax at $161.28 per pound. After the cost of production, I’m in the red. I hope that with this Rally, the legislators will see the small farmer as I do—as a rare, phenomenal group of hard-working, family farmers who worship the land, who are die-hard environmentalists, and who were taught by their parents and grandparents how to grow the best cannabis in the world with little to no carbon footprint. We are worth saving.”

It #NoDrugWarV2Rally and Press Conference With Supernova Women and Origins Council will be held on Thursday, January 13th at 11:00 PST, right by the Capitol Building, West. You should be fully clothed and ready to use the best COVID-19 prevention practices.

Do you live far from Sacramento, California? Remote participants can view the Rally via Facebook or Instagram.