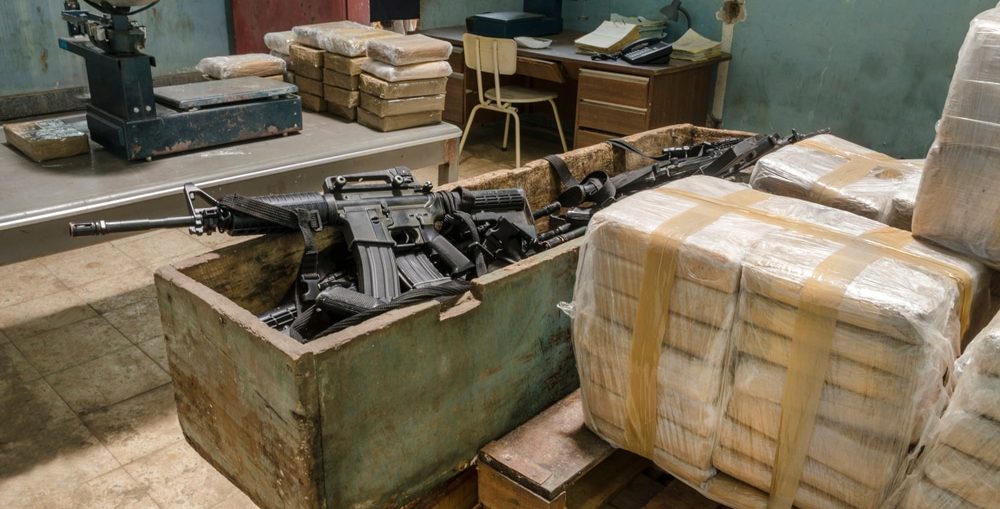 The wholesale cost per pound for legal cannabis has fallen in certain states that border Mexico. This is causing cartels to shift their focus towards more profitable drugs like fentanyl or other synthetic drugs. This week, the Centers for Disease Control and Prevention announced that fentanyl was now the most common cause of death for Americans aged 18 to 45. Partly due to criminal activity in several countries.

Texas borders Mexico as the only country that does not have adult-use cannabis. This is evident in the price. Mexico’s cartels once relied on organic farms of poppies and cannabis to produce drugs, but the times have changed. Illicit cannabis eradication in Mexico was slashed in half in recent years—aligning with the timeline of pot legalization up north.

Mexico’s Secretary of Defense, General Luis Cresencio Sandoval said that for cartels, cannabis and other organic drugs like opium-rich poppies are out, and fentanyl is in.

It Associated Press reports that according to Sandoval, seizures of fentanyl soared 525 percent during the first three years of President Andrés Manuel López Obrador’s reign, who took office December 1, 2018, compared to the previous three years.

This is because the bottom line benefits when cartel operations switch from organic opioids to synthetic opioids. These are less expensive to make. “There was a change in consumption, there was a change in drug markets due to the ease of producing synthetic drugs,” Sandoval said. The cost of manpower required to plant poppies and extract the opium from them has been eliminated by cartels. The same could be said about the growing/trimming/curing process for cannabis.

But the synthetic drugs don’t originate from Mexico. Mexican cartels could order fentanyl online in Asia for wholesale and have it cut into ready-for-use doses. Labs produce methamphetamines as well, which can be more lucrative than organic marijuana or opium. “The laboratories that have been discovered or seized in this administration have had larger capacities, which has allowed us to seize a larger quantity of methamphetamine products,” Sandoval said.

Meth seizures soared from 120,100 pounds (54,521 kilograms) in 2016-2018 to nearly 275,000 pounds (124,735 kilograms) in the last three years—a 128 percent increase. On November 18, a record-breaking amount of meth and fentanyl were discovered being delivered from a trucker at the Otay Mesa port of entry in San Diego, according to a report by the U.S. Attorney’s Office of the Southern District of California. Border agents located 17,584 lbs. of methamphetamine in the truck and 388.93 Lbs. of fentanyl.

Mexico’s data matches recent documents updated on October 14, and compiled by the Congressional Research Service (CRS), which operates within the Library of Congress, working directly for members of Congress. “Despite early supply chain disruptions, U.S.-bound illicit drug supplies appear to have returned to pre-pandemic levels; illicit fentanyl flows in particular appear to be thriving,” CRS reported. CRS also admitted, in another document, that legal cannabis is hurting cartels just a year ago. “Authorities are projecting a continued decline in U.S. demand for Mexican marijuana because drugs ‘other than marijuana’ will likely predominate,” CRS wrote. “This is also the case due to legalized cannabis or medical cannabis in several U.S. states and Canada, reducing its value as part of Mexican trafficking organizations’ portfolio.”

Meanwhile, Mexico’s Senate is on track to endorsing recreational cannabis.

Legal or not, there are still cartels that plan to market cannabis. There are many ways to get cannabis legally. Daily Beast reports that the Sinaloa cartel are already working on infiltrating the legal pot market in Mexico, according to “cartel operatives.” It’s unclear how the cartel plans to move forward, such as muscling its way into licensing.