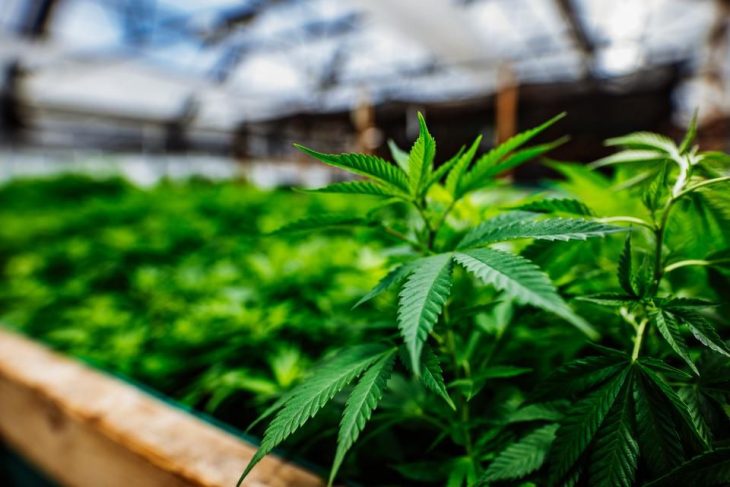 Companies in the cannabis industry rely on strategic insights from advisors to leverage the growing market and maximize profits. That’s where people like Darien Dash come in. Darien Dash, Managing Partner of the Movement Management Advisors, offers advice to companies seeking to gain ground in the legal cannabis industry.

At the end of the 20th century, Dash was an up-and-coming media mogul who focused his efforts on building online marketplaces and uniting communities of color by developing minority-focused internet services to help urban communities connect to the internet. In 1996, Darien Dash created the advisory firm, Movement Management Advisors, which helps companies through strategic planning and expert guidance to grow their business and move forward in the business world.

Today, Dash’s work has a focus on the growing legal cannabis/CBD industry. Dash has been a featured panelist at the Loeb.nyc and Bonin Ventures “Pot or Not” conference, which recently took place in New York in June 2019. More recently, in September 2019, Dash was a featured panelist at the “Cannabis, Social Justice and Diversity Seminar” at The Adversting Week Cannabis Track on the Culture Business Stage.

Dash is one of the first entrepreneurs to identify and leverage long-term opportunities in the legal cannabis industry. He has advised several leading cannabis funds and consumer-facing brands and participated in the acquisition of over a dozen cannabis licenses for legal cannabis companies in states such as California, Colorado, and Oregon. He has also helped leading, multi-state operating brands in this space navigate the requirements of this burgeoning industry and develop and refine brand strategies from THC to CBD and beyond.

At the “Pot or Not” conference, Darien Dash focused on current and future trends in this industry and his predictions. He believes that urban culture and multi-state operators will intersect with existing consumer goods companies, as well as new and evolving cannabis molecules, to drive growth in this rapidly advancing industry. He believes, in particular, that this evolution will drive new revenue in the 2020 fiscal year.

The cannabis industry is experiencing unprecedented growth in approximately 33 states as well as Canada due to the legalization of recreational and medical marijuana. While the challenges of the cannabis industry are complex, as Dash notes, there is also a tremendous opportunity for growth as the industry seeks to become more mainstream and integrate with existing companies.

This popularity can be seen in the performance of cannabis stocks on the U.S. stock market. The Motley Fool predicts that several of these stocks could triple in value in the next few years, including Canada’s Aleafia Health, iAnthus Capital Holdings (a U.S. vertically-integrated dispensary operator), and Greenlane Holdings. Top business leaders, such as Warren Buffett, remain cautious regarding marijuana companies and the cannabis industry due to the nonexistent regulatory landscape on the federal level. The U.S. Drug Enforcement Agency also continues to list the drug as a Schedule I substance.

Dash draws from his expertise in the media world for this new industry. He began his career working with rap stars as a college student at the University of Southern California but opted to complete his political science degree rather than drop out to join the record business. After Dash graduated from USC, he was hired and quickly rose through the ranks at the cable music subscription service, Digital Music Express. However, frustrated with the company’s reluctance to install their cable boxes in lower-income neighborhoods, Dash left the company to start his own business, which at the time was called DME Interactive. Its main goal was to help businesses gain access to the internet, which was a new technology at the time. By 2000, his company boasted a $250 million dollar market cap.. These profits came from his work building web infrastructure for minority-owned companies, such as the record labels Motown Records and Def Jam, as well as for HBO Home Video.

Dash’s specialty is his ability to navigate new, complex markets to help companies thrive in a complicated, novel environment. This talent can be seen not only in his earlier work in DME interactive but in his current work advising cannabis companies. Without Dash, companies would not be able to survive and thrive, which is why his work is so essential in many different industries.

Darien Dash is one of the United States’ most highly sought-after strategic advisors. He earned his bachelor’s degree in political science at the University of Southern California, where he dabbled in the music industry. Dash established the advisory firm, the Movement Management Advisors, in 1996. As Managing Partner, Dash offers advice to C-suite executives, government officials, hedge funds, private and commercial banks, professional athletes, entertainers, entrepreneurs, ultra-high net worth investors, and multi-family offices. Dash has three decades of professional experience in a variety of industries. Dash’s work is currently focused on strategic planning and capital markets access in the media, entertainment, sports, and cannabis industries.

Over the course of his career, Darien Dash has served on regional and national boards for organizations including the National Urban League, Big Brothers and Big Sisters of America, The New York New Media Association, University of Southern California NY Regional Alumni Committee, the Jack Brewer Foundation, and Alpha Phi Alpha Fraternity Incorporated.