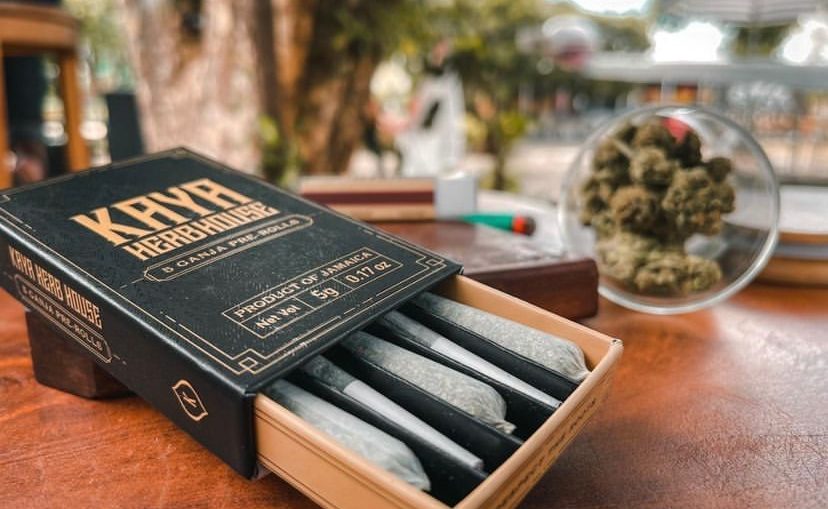 Though cannabis has been common in Jamaica for a long time, Kaya Herb House was the first regulated medical cannabis dispensary to open in not only Jamaica, but the Caribbean—stocked with its own flower and concentrates.

It’s thanks to Jamaica’s transformation on cannabis reform that can be seen by the swift changes in law over the past several years.

In February 24, 2015, the Parliament of Jamaica voted to drastically amend the nation’s cannabis laws—making possession of up to two ounces a petty offense, establishing a licensing authority and a medical cannabis system. Cultivation of five or fewer plants is permitted, and practitioners of Rastafari can use cannabis for religious purposes—the first country to officially recognize the use of cannabis for that reason.

It was historic in that Rastafarians have fought in vain for the religious right to smoke herb for decades—one example being when former Attorney General Janet Reno denied American Rastafarians the right to do so in 1998.

New amendments to the law allow for company growth. Kaya Herb House’s sister companies Kaya Farms, Kaya Spa, Kaya Café, and Kaya Tours are a testament to how much the company has expanded—both vertically and geographically.

Kaya Farms has announced the first legal harvest of its 2018 crop, grown at Drax Hall (St Ann), to be sold by Kaya Herb House. Timeless Herbal Care was also in the running for this title and released a harvest within that time frame. Kaya Herb House is a pioneer in the production of high-quality cannabis and a leading source for education about the plant.

Balram “Bali” Vaswani is Kaya Herb House’s Chief Ganja Officer, born in Jamaica and witness early on to legendary strains dating back to the 1970s, such as Lamb’s Bread.

His team follows the strict rules of Jamaica’s Cannabis Licensing Authority (CLA), and was actually subject to a random check-up during our call. However, he claims that the U.S. systems prepared him for Jamaica’s highly regulated marijuana industry.

“I was in, you know, I was in Colorado from around 2011 and I got a chance to see medical move to recreational and thought it was so interesting being able to be in a place and watch it happen,” Vaswani tells Chronic News.

Vaswani saw the Colorado framework and decided to take part in the creation of licensing in his country. People in Jamaica lobbied for the same agenda. “Both governments in 2015 were bipartisan, meaning they both kind of approved it and it had gone to Parliament, but the law has never really changed. And there was one milestone activity,” he says.

Vaswani says all the legislative change in Jamaica was spurred by an incident—a clear-cut example of injustice—involving one young man who died in prison, over one joint.

Mario Deane was taken into custody in February 2014, accused of possessing one spliff. He was then brutally beat to death in his Montego Bay prison cell. Anybody who’s been to Montego Bay knows the extent of the weed, and that it is extremely common. His cellmates Marvin Orr and Adrian Morgan claim he was brutally attacked to death, however, friends and his family believe that police might be responsible.

“I believe the date was Friday, February 2, and he died in jail on Sunday—for one joint,” Vaswani laments. “And that triggered [action] because it was already in Parliament on February 5, went to Parliament immediately with the riots and stuff saying, this is ridiculous that we’re this far and we’re still, you know, still being brutalized. A coincidentally, law was amended and decriminalized. And the government said ‘we’re going to issue based on the rules and the regulations of anybody under the U.N. treaty that we’re going to decriminalize and allow for research and development until we formed laws of what the cannabis license authority would do’.”

Vaswani beat the odds and was the one to enter the program early. He founded Ganja Labs LLC in 2015, where he grew legal marijuana at the University of Technology, Jamaica, Kingston, using the UTech medical cannabis license issued by Dr. Andrew Wheatley.

“I was lucky enough to get one, the exclusive one with the University of Technology, [Jamaica]2015 So we got that in May, 2015 and we broke ground in November,” he says. “And then we had the first harvest or legal harvest in Jamaica in 2016, but only for research and development.”

In 2016, Vaswani told Rolling StoneHe tells the story of how he and Rohan Marley shared their first harvest. Both have joined forces to pursue a variety of business endeavors.

It was significant because people could obtain genetics (the software) and could be trained to clone plant cells. Vaswani said that there’s a learning curve in a regulated industry, and you realize how much you have to do on a daily basis.

On March 10th, 2018—representing the first legal sale in the Caribbean—Bali recalls as many as 5,000 people lining up in front of the dispensary to buy medical cannabis. He remembers celebrating because from that day, you could buy cannabis legally with a receipt, with a medical card—instead of out of a backpack from sellers on the beach, or elsewhere.

“And the only difference between the laws in the U.S. and Jamaica right now in terms of the medical side is that we don’t have edibles at all, but every other component in terms of rosin, resin, hash oils, et cetera, are all available, but just [the] ministry of health has not adopted the edibles.”

Another location is just 30 minutes from Montego Bay, in front of the terminal for cruise ships. Then there’s another location two minutes away from Bob Marley’s house and across the road from T.G.I. Fridays are in Kingston. Kaya Herb House made its first ever export of oil in 2019. Then, last year during COVID they exported their first flower shipment to Australia. “We’re not really a MSO, but we’re kind of an international company rather than a multi-state operator. And, you know, just to broaden our wings we said, ‘How can we continue to expand?’ So we launched our first franchise in December 2020 during COVID.”

Vaswani explained how they have a smoke room, and they are providing a lot of education because in Jamaica they didn’t really have the varieties of what you have in the U.S. “Our gum was finger gum that came off your finger, not really full hash, you know,” Vaswani says. “They didn’t have fresh clothes and they didn’t have kief so little by little we’ve, you know, we’ve educated a wider thing.”

Vaswani states that his dispensary experiences were very different to what you would see in the U.S.

“In Colorado, we try to get people out between 45 seconds and a minute and a half per transaction,” he says. “Our typical transaction, our stores, for about an hour and a half they’ll come in … they’ll hit a dab, they might go for an espresso. They might order pizza. They might even share the same pizza. Or they could just go back and get another one. And they’re kind of on the go. And then sometimes we see people three times a day.”

Kaya Herb House plans to build its next location in the Blue Mountain, which is four and a half thousand feet up, as their first entrance into “wellness.”

Vaswanis reminds us, however that you can also buy psilocybin mushroom powder in Jamaica.

“Our mushrooms are functional and psychoactive, you know, that would be available in our new location. Imagine looking over the city at 4,000 feet, and we have 4,000 acres surrounded by UNESCOs heritage site, you know, so it’s a protected area. So we’re, we’re, we’re gonna be inside the protected area of the forest.”

Kaya Herb House is a great place to start if your plan includes a trip to Jamaica.