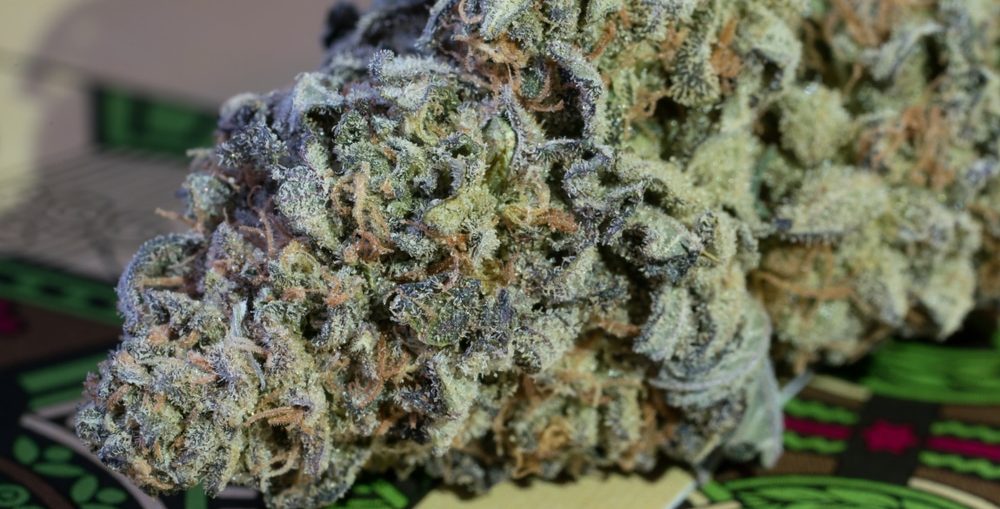 Just in time for Green Wednesday, we’re back with another collection of the latest and greatest products the industry has on display.

This month we’re talking almost exclusively flower since we’re coming out of a heavy Croptober, and stars from every level of the league are out swinging for the fences. While the top shelf is ALWAYS covered here, this one’s holding court from high percentages to high value, and everything in between. As my favorite pot journalist Jimi Devine would say, “we’re smoking for every tax bracket” here.

Before we dig in, as I was packing to head home to spend time with my family for Thanksgiving, I couldn’t help but be thankful for the crazy spiral these past almost two years has taken. Somehow between cancelled plans and mask mandates our industry has continued to dredge forward, and although taxes and the government (of every type) is still on our asses, and despite corporate weed somehow still having a market, we’ve continually proved the resilience of not only the plant, but it’s freedom fighters as well.

Sure, almost none of us are where we planned to be at this point three years ago, but we’ve turned lemons into lemonade—and a pandemic into a fkn weed parade. I’m proud of you all, and I hope you’re seeing the fruits of your labor. While there’s plenty more work to be done, we’ve never been closer to our goal.

With that, let’s dig into number 17. As always, holler with requests, things I missed, or just to complain—I’m used to it 🙂 @joncappetta

I just can’t say enough good things about these guys. While I’m the first to admit I was way late to this party, they’ve quickly become one of my favorite producers simply because everything new I try from their portfolio knocks my socks off. Sunday Paper is their latest offering and it’s worth mentioning. Although I do see a lot of beautiful produce, these varietals consistently amaze even the most seasoned smokers. This is due to their pungent scent. While the buds themselves look as good as they possibly can, it’s the flavor you’ll remember long after the smoke clears.

While I’m typically sus of celebrity drops, here’s one to actually get excited about. I’ve been a fan of Griz’s music for years, so when I heard he was gearing up to launch of course I had to score a taste. The sax slayer has been elevating his craft for years, so it’s no surprise that he didn’t settle when it came to his buds. Launched initially in his home state of Michigan, Astro Hippie is not just an influencer owned brand with well designed branding—the buds slap too! Bringing to market three strains—Tie Dye Medusa, G Funk & Mr. B OG—all with ample nose and flavor, it seems Michigan knows better than to try and pass off some boof!

I’ve said in this column before that when Red breeds something I know I’m in for a treat, but the mad scientist behind Redline Reserve has outdone himself this time. Now while I’m not one to let percentages take the wheel, this latest crop is yielding over 40 percent total cannabinoids, which is far from commonplace for the industry so far. Arguably more important, these plants are grown by true lifers, so they’re not just some guys who bribed a lab for numbers or grew purely for sales—these numbers are real, and the plants were grown for smokin,’ folks. I also got a preview of his upcoming Purple Blossom line and let me tell you, those bouquets don’t quit either. For those who need more co-signs, I suggest you take a ride on the redline.

As we get into gifting season, I think this ones an important introduction for two reasons: one, they’re price conscious, so you can afford to be generous with your gifts, and two, they provide great bang for your buck, so you can spoil yourself as well without ending up in the poorhouse. For those not in the know, the Flower Company is a membership delivery service that has some of the best prices I’ve seen in recent years. Their buds are able to stand up against a lot of the significantly more expensive competitors.

It’s worth noting that while you can get an ounce for under $100, I’d recommend *splurging* for the halves on sale at the same price—the quality increase will far offset the slimmer quantity, so both your lungs and your wallet will thank you.

This one’s got a little something for everybody. While I have no idea how they’ve avoided a C&D from the namesake’s foundation, I’m on board however long this ride lasts. Put out by The Association and sporting a fit more than ‘inspired by’ the Pop-art legend, this Z cross (which is hilariously fitting given the situation) is a true work of art on its own. Bazquiat’s sweet scent and gorgeous purple-laced buds will delight even the most sophisticated palates. These guys are great! These were the last Za-lympics, so I’m surely late on this call, this one gets a fat stamp of approval all the way around.

There are no Kings until then

I’ll be honest, I’m not one of those guys who really cares about organics. Lab made food has always been fine with me—scientifically designed to be delicious, right? So when it comes to sungrown or all natural cannabis, although I do love weed in all its forms, it’s just never really been the strong selling point for me that it is for others. I was astonished at the potential benefits of living soil until then. Now while I’m not here to pretend I’m some master grower or anything of the like, it’s pretty hard to deny that there’s something to this.

The No Till Kings invited me down to check out their grow and while I’ll admit much of it flew over my head, it just makes sense that a living ecosystem would produce the best products—and in pretty much the greenest possible way you can indoors. After sampling a few of their products I can confirm, the flowers were much more vibrant and flavorful than most other indoor I’ve seen of late.

The pop-culture flips of rapper Weed and the flame in their bags have already convinced me, but this new collaboration with Rook elevates everything. First, let me say that Casper, the Friendly Ghost is a favorite of mine, and I was blown away by their new collaboration with Rook. The flower doesn’t disappoint. It’s worth noting that these guys are a white label operation in California, which while I know for some can be a turn off, to me just means they’re constantly ensuring the best is in their bags—not just the best they grew.

I’m going to start this one by admitting upfront that I totally expected the ‘Kompact’ to be much smaller than it actually is, but I don’t know if any sane person has ever complained that a bong was too big before, so let’s get that out of the way. From a technical perspective this thing is every bit as good as it’s larger counterpart, it’s just a smidge smaller. The smaller device is still portable and has an accompanying travel bag. While I still love the original model, it is more of a centerpiece than this device. However, this case can stop any show and fits more comfortably on your bar top.

Another one that I am skeptical about. Consider this: the history behind these products, I had little faith the recreational market could do justice for the ‘Super Doober’ as I like to call it. Fidel is the one to blame, friends. Although a bit skinnier and with less hash than you’d see on the traditional market, these heavy-hitting pro-level smokes delivery the full effect of the concentrate core combustible, and without any of the work. Fidel takes the hassle out of rolling your extract snake, even though I’m sure many of you like it. Remember, donuts can only be bought by cops.

Now I’ve said numerous times that I’m a flavor guy, so this next one checks all the right boxes for me. BTY’s latest release, Fresa, is like a strawberry field daydream. This smoke is a sweet, smoky, and delicious cannabis strain. While I know this has far less funk than the OG’s, and is much sweeter than even the Gelato and Runtz crosses flooding the market, BTY and Heisenbern certainly have a winner on their hands here, and one I expect to resonate well with newcomers to the space.