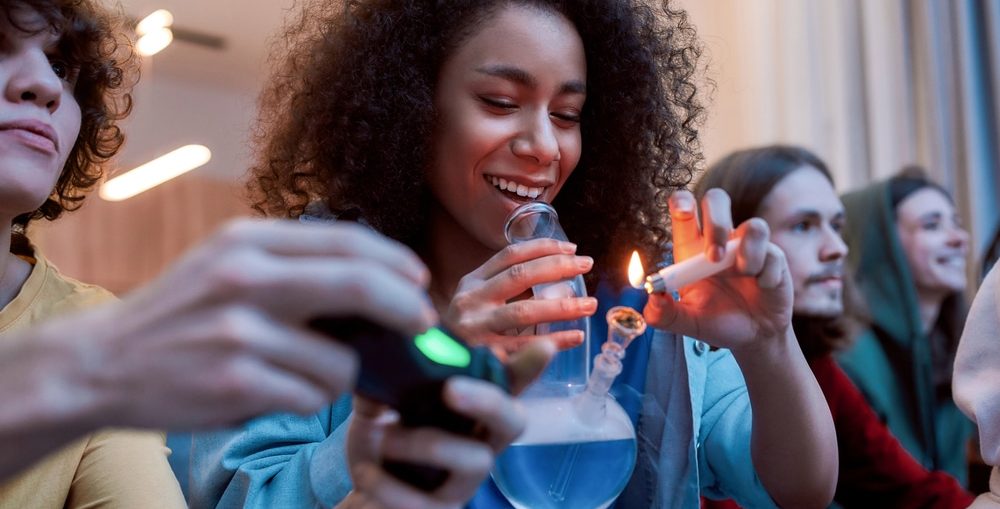 Spanning across 35 subgroups divided by ideology, religiosity, and age, the majority of nearly every demographic supported legal cannabis in the U.S. with just two exceptions: Older conservatives ages 50+, and “people who attend church weekly.”

Gallup has released an updated poll that includes the latest Gallup data from Oct. 3 to 20, 2012. The study results were based upon telephone interviews conducted with 1,009 adult respondents living across all 50 states of the United States and District of Columbia. It includes individuals from every walk of life. As usual, the random dial method was used to select landline and mobile phone numbers.

And using this and combined data gathered over the past five years—2018 through 2022—they released a stronger aggregated analysis of demographic differences in views about pot legalization, which they say is better than providing data from one poll alone.

The record-setting 68% support legal marijuana has held steady over the last two years. The poll took place in 2020, 2021 and the number remains unchanged.

Gallup’s Results for All Ideologies

At 89%, people without a religious preference led the way. Liberals came second at 84% and Democrats was at 81%. Young adults were close behind with 79%. The next 78% included those who attend very few or no religious services.

The only subgroups that did not favor legal pot by majority are those who attend church weekly at 46% and conservatives at 49%—however younger conservatives ages 18 to 49 favored pot legalization slightly. The story of the baby boomer conservatism is a completely different one.

“Americans have grown much more supportive of legalizing marijuana over the past two decades, but support appears to be leveling off for now, not showing any change in the past three years,” wrote Jeffrey M. Jones in the poll report.

Both Catholics and Protestants supported legal marijuana at 60%. The college experience seems to make people more open-minded about marijuana. With 69% and 66% respective, graduates supported legal cannabis more than the non-graduates. You should continue your education.

“While majorities of most major subgroups are in favor of legalizing marijuana, there are a few holdouts—-namely, political conservatives and regular churchgoers,” he continued. “Small segments of the population (in particular, older conservatives) are still disinclined to think marijuana use should be legal. But, the younger conservatives as well as younger moderates believe cannabis should become legal. As such, in future decades support for legalizing marijuana can be expected to continue to grow as newer, likely more pro-marijuana, generations replace older generations in the U.S. population.”

The majority of suburban residents support legal marijuana at 72%. This is more than the 67% and 60% for rural residents. The support for legal pot was slightly higher among men (70%) than that of women (65%).

Gallup’s 1969 poll found that only 12 percent of Americans believed cannabis should be legal. That number has gone up steadily, stalling briefly amid the “Just Say No” fever movement of the ‘80s, but climbing to 68% where it stands today.

These polls indicate that Americans have begun to use cannabis more commonly than they did in the past.