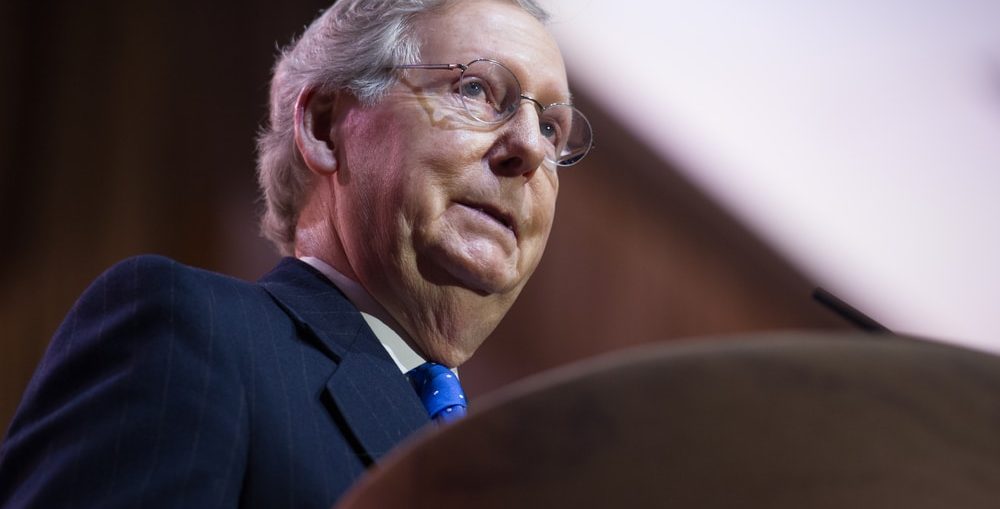 The majority of members of the House of Representatives voted on February 4 to approve The America Creating Opportunity for Manufacturing, Preeminence in Tech and Economic Strength Act of 2022 (America COMPETES Act). This Act includes provisions of Secure and Fair Enforcement Bank Act.

The COMPETES Act is intended, in part, to help the U.S. compete with China—which in 2021 surpassed the US as the world’s richest nation, thanks to semiconductor manufacturing and education.

It is the sixth occasion that the House has referred the SAFE Banking Act (either as an amendment, or as a separate bill) to the Senate. The Act was introduced as an amendment by the bill’s sponsor, Representative Ed Perlmutter (D-CO), to allow banks and other financial institutions to cater to state-legal cannabis businesses.

“China has been steadily building up its military and economic might, and the Democrats’ answer is to help Americans get high,” McConnell said in a condescending tone, while giving remarks today on the Senate floor concerning China.

“Democrats plan to combat [opioid overdoses] is more marijuana on the side,” he said on the Senate floor. “Needless to say, this is not a winning strategy for global competition between great powers.”

“Any Democrats hoping to yank the bill to the far left, or insert poison pills, are badly, badly mistaken,” McConnell said. That statement isn’t correct, because the issue of cannabis isn’t exactly part of an agenda—it’s a bipartisan issue, according to recent polling data compiled by Rasmussen Reports. Both Democrats and Republicans support legalizing marijuana, as well as banking for it.

Organizations such as the U.S. Cannabis Council are not allowing McConnell to dismiss cannabis reform in that manner—especially not critical legislation like the SAFE Banking Act. That’s because in the meantime, strings of robberies plague dispensaries, simply because they are forced to deal in cash.

“Cannabis isn’t a punchline,” U.S. Cannabis Council CEO Steven Hawkins said in a statement obtained by Chronic News. “It’s a rapidly growing industry that supports over 300,000 American jobs and is on track to reach $30 billion in revenue this year. Cannabis encompasses agriculture, technology and finance. It can also be used for medicine.

“What’s more, the SAFE Banking Act isn’t about Americans getting high. It’s about public safety and fairness. It’s about providing basic banking services to small, minority and veteran-owned businesses and not forcing a multi-billion dollar industry to conduct business entirely in cash.

“Thirty-seven states, and growing, have regulated cannabis businesses. America is less competitive and safer if it places unfair restrictions on the banking industry that has been growing rapidly.

“We are encouraged by the strong bipartisan support for the SAFE Banking Act in both chambers. We look forward to substantively engaging Congressional leaders from both parties on its merits and are optimistic that it will pass this session.”

Senate Minority Leader McConnell isn’t the only top leader stalling cannabis reform, according to Senator Perlmutter. He claims that Senate Majority leader Chuck Schumer, a Democratic-NY senator insists on federal legalization addressing social equity before it is considered. Leaders should pay attention to the overwhelming support for cannabis reform among Americans.