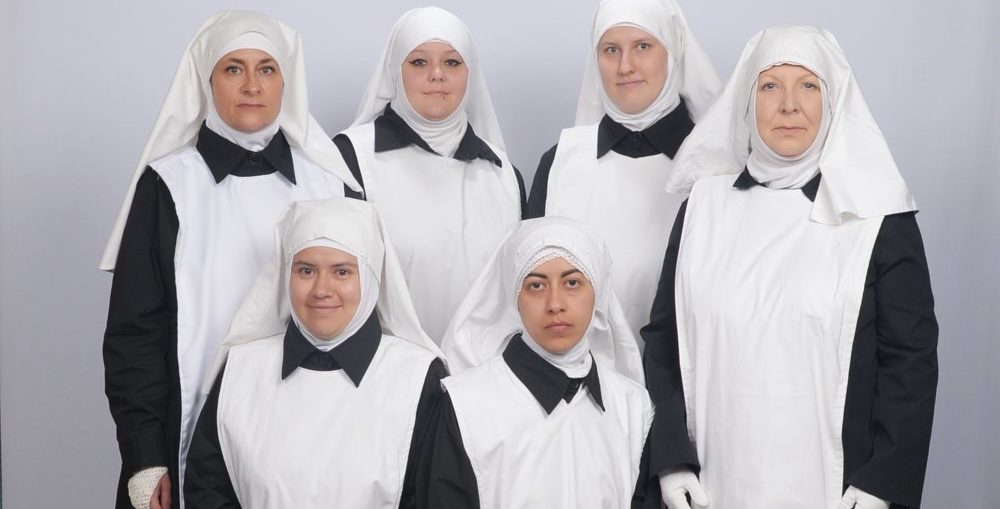 Perhaps due to fate, The Sisters of the Valley—the nun-like hemp bearers of Central Valley, California—are mailing approximately 13,000 high-CBD hemp souvenir seeds to 1,000 customers under a new program designed as a “thank you” to their customer base.

On February 1, the Sisters will pull a list from their shop of all the customers that purchased products from them. Each customer will be sent a thank-you card and a package of hemp seeds by mail. They plan to mail 500 cards in February, and 500 more in March.

The Wee Bairn seed strain was “born of adversity,” as the Sisters were under the threat of having their crops pulled out due to a sudden local law change that appeared to impact their farm. The Sisters let the males live, go to seed—and ended up with their own proprietary CBD-rich seed strain. While the seeds can’t be guaranteed to feminize, they are guaranteed that customers will get decent levels of cannabinoid from them.

“For a brief moment in time—2018 to 2019—they made it illegal to grow on anything less than 20 acres,” Sister Kate told Chronic News. “So when they first opened the hemp laws they said, ‘Okay, but you have to have 30 acres.’ So here we were, and we’ve already three to four years into operating, and every year growing a big crop in our backyard—a one-acre farm, so we can’t grow more than like an eighth of an acre outside. So it’s not a lot of plants.”

Sister Kate let the males go to seed—thinking they were bound to get ripped anyways. Their crop was not an issue and so the 20-acre law was repealed.

Unplanned, the Sisters were already announcing their new proprietary hemp strain. The Wee Bairn seeds were bred from plants of only high-CBD strains that had been bred with other hemp strains—Charlotte’s Web, Suzy Q, Cherry Pie and Remedy to be precise.

California’s cannabis and hemp farmers are already subject to regulations that can make it nearly impossible for them to do business. For the Sisters, adversity is not a new thing. For example, the Sisters fought against the City of Merced to continue growing hemp in 2016.

Since 2019, The Sisters offer seeds to customers who buy bigger quantities of their salve and other tinctures. Customers who grow the plant and have it tested report getting from 12:1 THC:CBD ratio to as wonderful as a perfect 1:1—which The Higher Path calls “The Golden Ratio.”

“It’s actually very interesting—the person who tested the flower at a perfect 1:1 was a Catholic nun!” – Sister Kate

“It’s actually very interesting—the person who tested the flower at a perfect 1:1 was a Catholic nun!” Sister Kate laughed. They are, however, not associated with the Catholic church.

“We’re not in the seed business,” Sister Kate says. “We never felt it was right to sell them for very much, but we did sell them for about $3-4/seed and put them in bundles. The seeds were distributed in packages in the form of products. Now we have so many, and with COVID causing a scare on some people, we thought it was a good idea—just to get the seeds out of the house and to say thank you to our customers.”

The benefits of cannabis high in CBD and THC were explained by her. They often work together. “We are always seeking the 10:1 or 12:1 ratio of CBD to THC as that is best for our products. But neurologists and people dealing with illness prefer the 1:1 ratio,” said Sister Kate.

In order to make $1 million in sales in a year, the Sisters need one thousand customers to spend one hundred dollars a year in The Sisters of the Valley store—which is the model she would like to build other sisterhoods upon. “This is our thank you to the 1,000 customers who buy from us every year,” she said.

“We aren’t shipping internationally,” said Sister Sophia, “because, firstly, there won’t be a lot of them since our international sales have fallen from 20 percent to three percent during COVID. And secondly, we don’t want to get anyone in trouble. We will reach out to those international customers and see if they want us to mail them, before we do.”

Sister Quinn added, “We have a strong calling to be the Johnny Appleseed of the hemp industry and share our seeds. If we could sell them, we could make a million dollars, but the seeds were a gift to us from the Goddess and we need to re-gift them to the people.”

Sister Quinn used to ride with other sisters on bikes, and take the seeds. Then they would spread out along the canals. Nature took her lead, but Quinn claimed that she never saw any plants growing. “I suspect that the surrounding Mennonite farmers pull them as soon as they are recognizable. Or maybe the dogs eat them,” said Sister Quinn. “Mailing them to customers who already appreciate the medicine is a more certain way of knowing those seeds will be nurtured.”