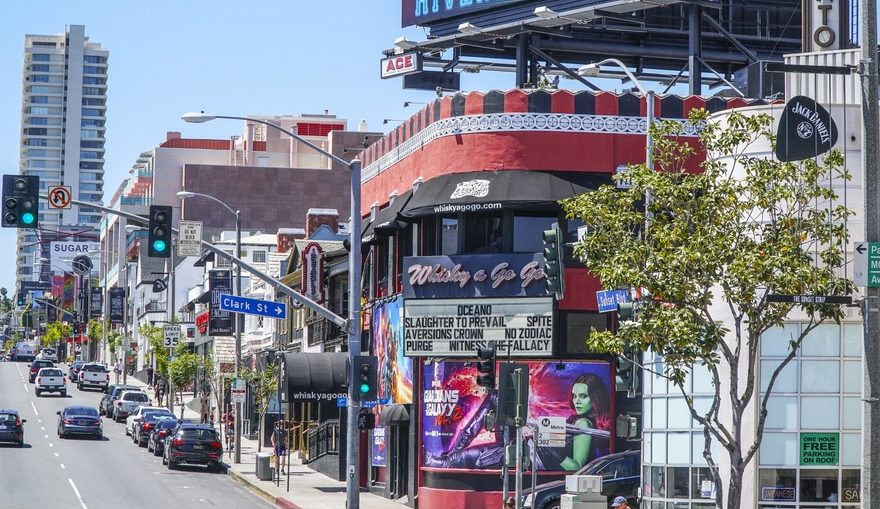 The first reported on by Los Angeles Times, the geographically small city of West Hollywood plans to rebrand itself as a cannabis mecca, or as “Emerald Village”—a name coined by a cannabis trade group of the same name. At less than two square miles in size, the city is packing in cannabis businesses, and could reinvent itself as the “Amsterdam of the far West.”

“Welcome to the Emerald Village, the capital of cannabis culture,” the organization says on its website. “We invite you to explore all the gems West Hollywood has to offer in this golden age of cannabis including culinary, wellness, entertainment, nightlife, art and personalized experiences.” Emerald Village calls itself the “official marketing organization for licensed cannabis businesses in West Hollywood.”

West Hollywood currently has just six dispensaries. But, officials in the city plan to issue up to 40 permits for cannabis over the next year.

West Hollywood is already home to one cannabis retailer for every 5,959 residents—a much higher concentration of cannabis businesses than even Los Angeles. John Leonard is the West Hollywood Community and Legislative Relations Manager. Los Angeles TimesThe city only received eight operating dispensary licenses in 2018, out of over 300 applicants.

It would be a rebrand from West Hollywood’s current status as the LGBTQ “main street” of Los Angeles—with over 21 gay bars on Santa Monica Blvd alone. But the city’s high focus on retail is ideal for cannabis brands as well.

“I really see it as a place that can redefine what the image of cannabis is to the general public,” Kelly Lyon, of The Artist Tree told CBS News. “It would be awesome to be able to have a business where you can appreciate art. If yoga is more your thing, you can walk down the street and do that while you consume and everyone is sort of bringing a different idea to the table.”

It makes sense—considering that West Hollywood is already a pioneer in cannabis culture. A few years ago, Lowell Farms opened what it called “America’s first cannabis restaurant,” a café serving cannabis-infused foods.

Woody Harrelson tried many times to get involved in cannabis business in West Hollywood. He was denied a dispensary license in 2016. Bill Maher also participates in business plans.