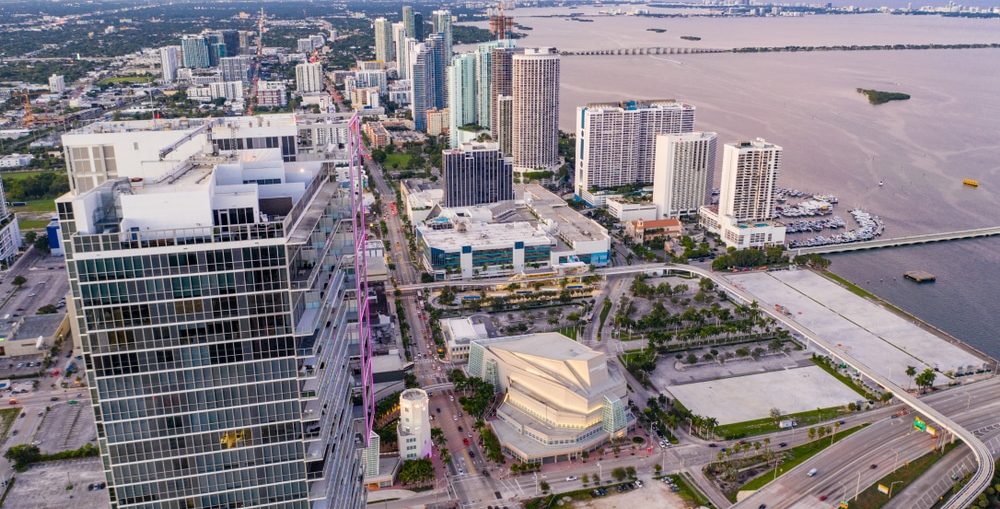 Wonderland Miami is a business conference that will take place in Miami on the 8th and 9th of November. This event, hosted by Microdose (a guide to the business side of psychedelics), marks the first ever largest business gathering. Wonderland Miami is being held in Downtown Miami at the Adrienne Arsht Foundation for the Performing Art.

Robin Carhart Harris, a neuroscientist, psychologist, and Head of Centre for Psychedelic Research Division of Brain Sciences Faculty of Medicine, Imperial College London, will also be speaking. Carhart-Harris was the coordinator of the UK’s first clinical trial of psilocybin and of the UK’s first clinical investigation of an old psychedelic drug for more than 40 years. He’ll be joined by Dr. Joseph Tucker, CEO of what is now Enveric, an innovative biotechnology company developing a next-generation mental health and oncology treatment clinical discovery platform, leveraging psychedelic-derived molecules for the mind and synthetic cannabinoids for the body.

Mike Tyson, Lamar Odom, and Anna Symonds are just a few of the sports icons who will be sharing their stories. Kelsey Ramsden CEO of MINDCURE and Lynn Marie Morski President of the Psychedelic Medicine Association, will be there to discuss subjects including mental health and addiction, as well as pain management in the psychedelic medicines landscape.

‘’I believe if I’d been introduced to the benefit of psychedelics for therapeutic use early in my professional career, I may not have encountered as much anxiety or depression,” said Mike Tyson, who now serves as an advisor for Wesana Health. “I’m excited to be speaking among the most talented researchers, scientists and minds such as Dr. Robin Carhart-Harris, Prof. David Nutt, Dr. Ben Sessa, Dr. Matthew W. Johnson, Ph.D, Rick Doblin, Ph.D. at Wonderland: Miami. Events like Wonderland: Miami are immensely important in helping improve mental health by showing people how life-altering experiences with psychedelic medicines can be.’’

NASDAQ has a growing number of psychedelic-medicine companies, possibly due to the market’s potential for growth. The companies are also receiving heightened investor focus from high profile investors such as Peter Thiel, and Wonderland has attracted a top cohort of financiers including one of the leading franchises in the psychedelics sector—H.C. Wainwright & Co., LLC., as a headliner and Official Banking Sponsor.

“We are delighted to be supporting Microdose in this industry-leading event and to be a part of their mission to increase visibility for this growing and important sector,” said David Dinkin, Investment Banking, H.C. Wainwright & Co., LLC.

The show will attract scientists from Johns Hopkins, UCSF, Imperial College London, as well as  leading financiers, innovators and CEOs, discussing the fastest growing sector in medicine. The Wonderland conference is timely because there are almost 1,000 new psychedelic facilities in America and a surge of interest from investors across Florida.

Wonderland Miami will be held November 8-9, 2021 at the Adrienne Arsht Foundation for the Performing Arts of Miami–Dade County, Inc. Miami, FL 33132. Please visit www.miami-fl33132.com to find out more. microdosebuzz/wonderland.

Psychedelic reform is happening everywhere—at the local and state levels.

Gwyneth Paltrow and Matthew McConaughey have made psychedelics a focus thanks to their series, 9 Perfect Strangers Netflix. Many public figures have spoken out recently regarding the possibility of psychedelic medicines, such as Andrew Yang and Will Smith, who advocated veteran psychedelic usage in New York City.

Each day there are new studies that tout the effectiveness of psychedelic-assisted therapy, including MDMA, ketamine, and psilocybin. A number of investigations are looking at how psychedelics can help to “reset” negative patterns in the brain—such as addiction or depression.