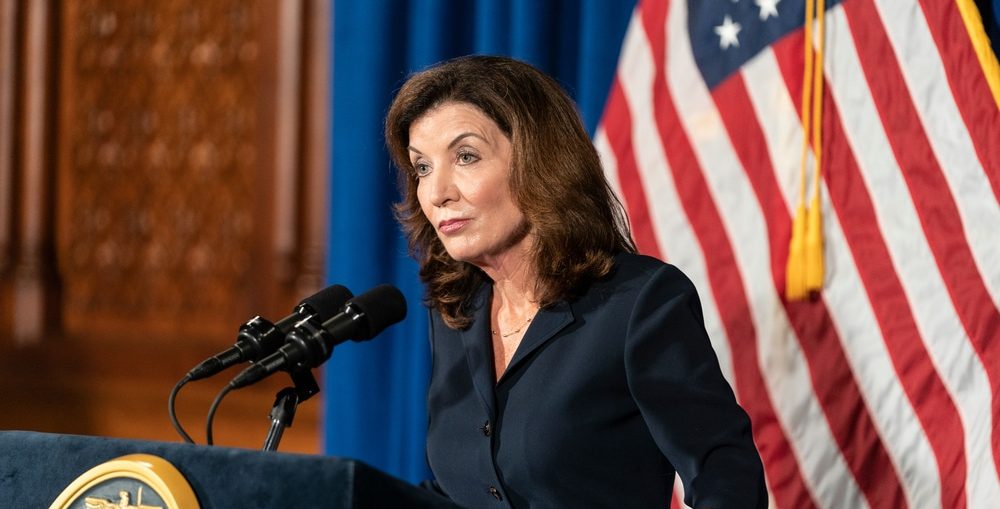 The legislation, which was sponsored by Democratic state Sen. Michelle Hinchey, aims to “promote greater use of New York-grown industrial hemp by businesses in New York State,” and “instructs the Commissioner of Agriculture & Markets, in collaboration with the Urban Development Corporation, the [New York State] Hemp Workgroup, and industry representatives, to develop a plan to expand market opportunities for industrial hemp that would increase its use in manufacturing and construction materials, including packaging, textiles, and hempcrete.”

“Hemp is the material of the future, and positioning New York as a leading producer of the world’s industrial hemp supply is a winning strategy for fighting the Climate Crisis, bringing large-scale economic development to New York’s rural communities, and unlocking new revenue sources to put our farmers in a better financial position,” Hinchey said in a statement on Tuesday. “I’m proud that my hemp bill has been signed into law, directing our state to seek strategic collaborations to help us usher in a new era of manufacturing power, product creation, and rural economic development around an industry that is nearly untapped around the world.”

In 2018, the Federal Government legalized industrial hemp. The Farm Bill was passed by Congress, which opened up the possibility for states to permit its cultivation.

Since then, state leaders eagerly approve their laws and regulations regarding hemp production to capitalize on this burgeoning industry.

New York’s hemp farmers were able to take advantage of a second cash crop when Hochul signed in February a bill that allowed them to apply to conditional licenses in order to grow cannabis. In 2021, the state made marijuana legal for recreational and medicinal use.

“I am proud to sign this bill, which positions New York’s farmers to be the first to grow cannabis and jumpstart the safe, equitable and inclusive new industry we are building,” Hochul said at the time. “New York State will continue to lead the way in delivering on our commitment to bring economic opportunity and growth to every New Yorker in every corner of our great state.”

Hinchey was also present at the signing ceremony.

“Today is an exciting day in New York as our bill to give New York farmers the ability to start the cannabis market is signed into law. This is The [new marijuana law]The foundation was laid for New York’s state to develop a circular cannabis economy. This puts New York’s farmers and small businesses dispensaries at center of production and growth. With the signing of the bill, farmers will be able to plant seeds into the ground in order to supply this rapidly growing industry. I thank Governor Hochul for her quick action on this bill so that we can get to work building the most forward-thinking and socially-equitable cannabis industry in the country,” Hinchey said in a statement at the time.

Hochul has taken over as New York’s Governor since August 2021. Andrew Cuomo in August of 2021, Hochul has been busy getting the state’s new adult-use cannabis industry up and running.

Hochul, who won her first election as the incumbent governor in last month’s midterms, said in October that she expects the first regulated pot retailers to open their doors to customers by the end of the year.

“We expect the first 20 dispensaries to be open by the end of this year,” the Democratic governor said at the time. “And then every month or so, another 20. So, we’re not going to just jam it out there. It’s going to work and be successful.”